The size of the population of the Barnacle Goose (Branta leucopsis) has grown considerably over the past decades, leading to the species causing increasing human-wildlife conflicts, particularly in relation to agricultural damage and air safety. In response to these concerns, AEWA established an International Single Species Management Plan (ISSMP) for the Barnacle Goose to manage the species’ populations whilst ensuring their favourable conservation status.

Considering that the Barnacle Goose is regulated under the EU Birds Directive and is also listed on Appendix II of the Bern Convention, which means the species is protected from hunting, this plan aims to provide a framework to coordinate management measures in Range States in a manner that is consistent with their legal obligations.

The size of the Barnacle Goose population has increased from 112,000 in the 1980s to well over 1.4 million in the 2010s. With population sizes still rising, the IUCN lists the species’ conservation status as being of Least Concern (LC). Of all three populations, the Russia/Germany & Netherlands population is currently the largest and is expected to grow from 1.2 million in 2014 to 8.7 million birds by. Such an increase in population size is set to place further pressure on ecosystems, human health and air safety.

The ISSMP provides a mandate for developing population-specific Adaptive Flyway Management Programmes (AFMPs) for the three populations of Barnacle Goose. These AFMPs serve as a basis for coordinated conservation and management action for the species. 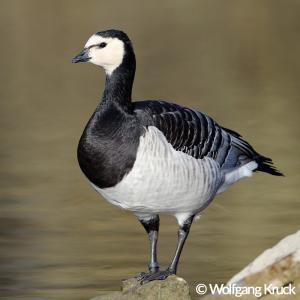 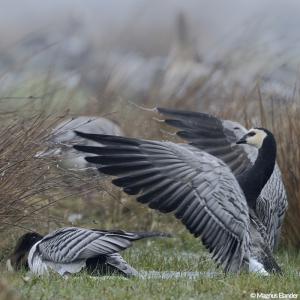 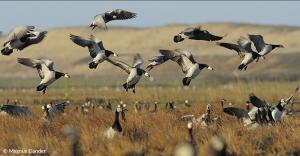 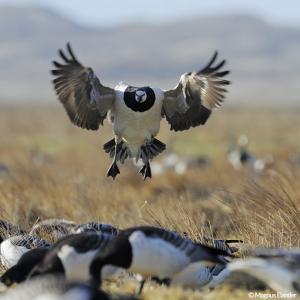