AEWA recognises two biogeographical populations of Pink-footed Geese (Anser brachyrhynchus): the Iceland/East Greenland population wintering in the British Isles and the Svalbard population wintering in Denmark, the Netherlands and Belgium. The species is classified as having a Favourable Conservation Status within Europe and is ranked as a species of Least Concern (LC) according to IUCN’s global Red List criteria.

Numbers of the Svalbard population have increased considerable over the last decades. Although the continued growth of the Svalbard population is a conservation success story, its increasing population size has progressively brought it into conflict with agricultural interests causing considerable economic costs. Such conflicts have been registered throughout the population’s current flyway in Norway, Denmark, the Netherlands and Belgium. Furthermore, there is concern about degradation of vulnerable tundra vegetation in Svalbard due to increasing intensities of grazing geese.

In response to these environmental and social concerns, AEWA launched an International Single Species Management Plan (ISSMP) that is targeted at maintaining the favourable conservation status of the Svalbard Pink-footed Goose population while taking into account economic and recreational interest.

In consultation with national authorities and key stakeholders, the following set of objectives has been established:

In addition to the Range States mentioned above, Pink-footed Geese also occur in Finland, Sweden and Germany during migration periods, or in small numbers over winter. 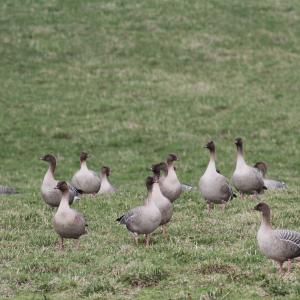 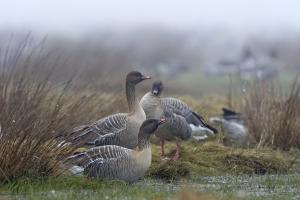 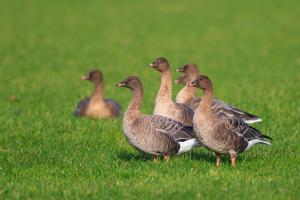 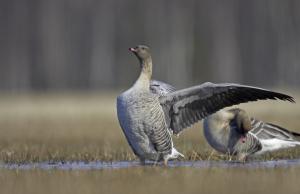