In a recent study published in the Science of the Total Environment, a three-year project revealed that farmers exposed to high densities of spring-grazing barnacle geese and pink-footed geese experience yield loss both at the first and second harvest, after the geese have departed for their breeding grounds on Svalbard.

"The yields were on average 20% and 19% higher at the first and second harvest, respectively, in exclosure where geese were not allowed to forage compared to open control plots," says Ingunn Tombre, co-author of the study. "We assume that the loss at the second harvest is due to the relatively short period between the harvests in northern Norway and, in general, a more cold growing season compared to areas further south. And temperature had a significant effect on the grass growth, which, regardless of goose grazing, reduces the development in late springs.

Variable goose densities had variable effects on the harvest, and a certain amount of grazing was needed in order to measure losses in yields. Intensive grazing is, however, a real challenge for many farmers in the study area (Vesterålen).

"Although there is a subsidy scheme where farmers can apply to compensate for their losses, real damages are probably not completely covered for the most affected farmers," says Tombre.

The paper is Open Access and can be found here. 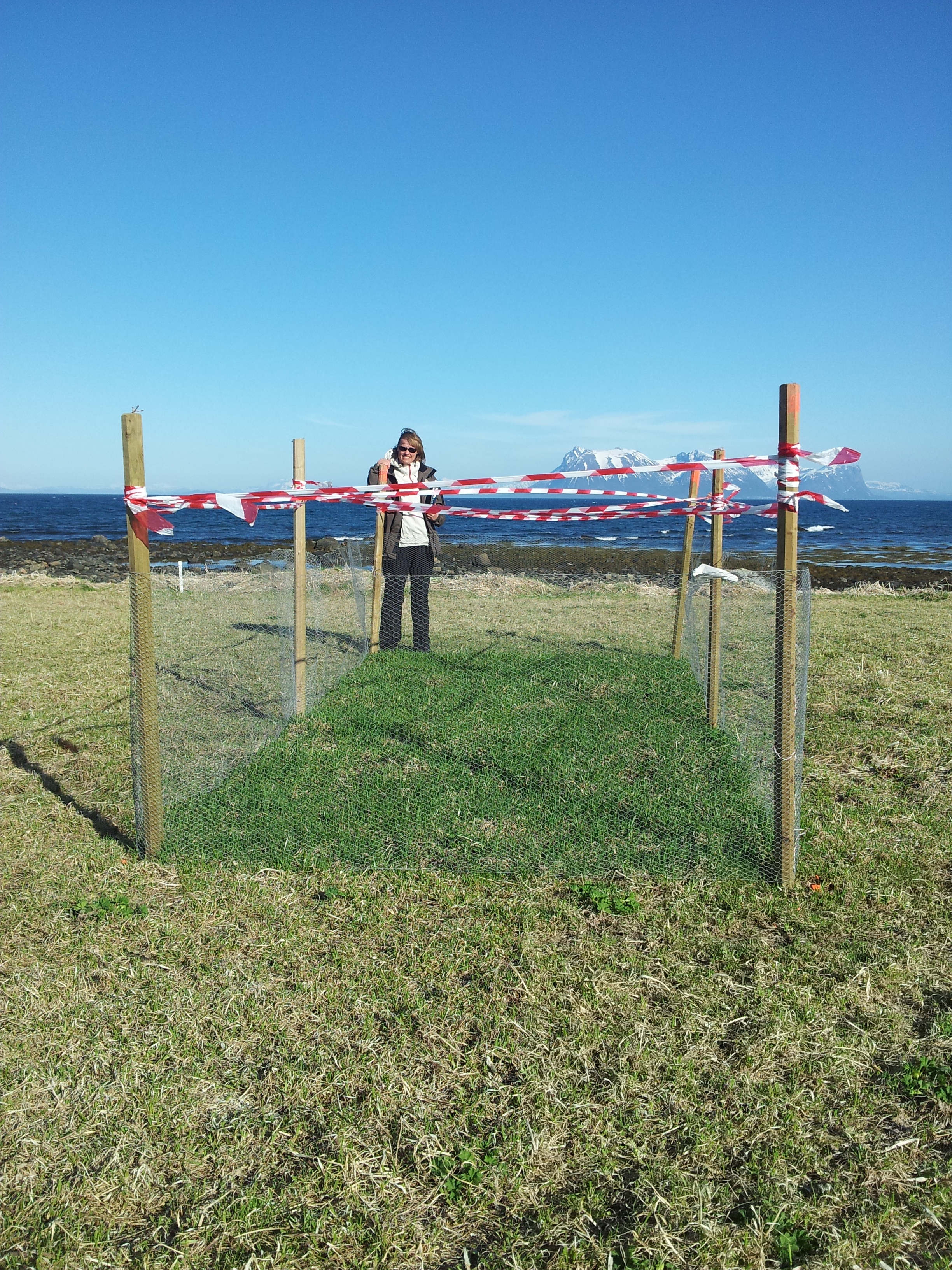